Free delivery for order above AED 250 Next day delivery in Dubai for order placed before 8pm | Every Monday, Wednesday & Friday in Abu Dhabi | Once a week in other Emirates

The introduction of pastry-making at Joyeuse in the Ardeche region, at the heart of the Cevennes gave to Maison Charaix access to the rarest natural products. The quality of Joyeuse honey lies mainly in the harvesting areas which are found exclusively around Joyeuse in Ardeche.

These areas, the majority of which are extremely steep and wild, provide an exceptional biodiversity and a complete lack of pollution. With 2300 plant species and 2410 animal species so far recorded, it guarantees the well-being of the bees and the purity of the honey. Dry, hot and leafy, the Cévennes has more in common with Mediterranean lands than the Auvergne to its north. It's largely covered by forest, mostly beech, oak and sweet chestnut. Many animals that had disappeared from the area – including vultures, beavers, otters, roe deer and golden eagles – have been reintroduced, either by conservationists or by natural migration. In recognition of its precious natural assets, it’s been a Unesco Biosphere Reserve since 1985, and a World Heritage Site since 2011. Needless to say, it's a paradise for nature lovers and outdoorsy types.

The Joyeuse honeys are also the result of a long term project carried out in collaboration with self-employed beekeepers running small-scale exploitations. Together, Maison Charaix shares a passion for bees and for honey; their work is respectful of the bee and its environment, and guarantees honey of a rare quality.

In all transparency, each pot of Joyeuse honey bears the name of the beekeeper that collected the honey. 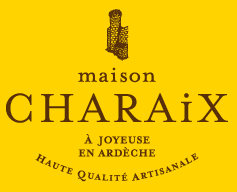 Filter
Now Shopping by
Clear All