The secrets of burrata 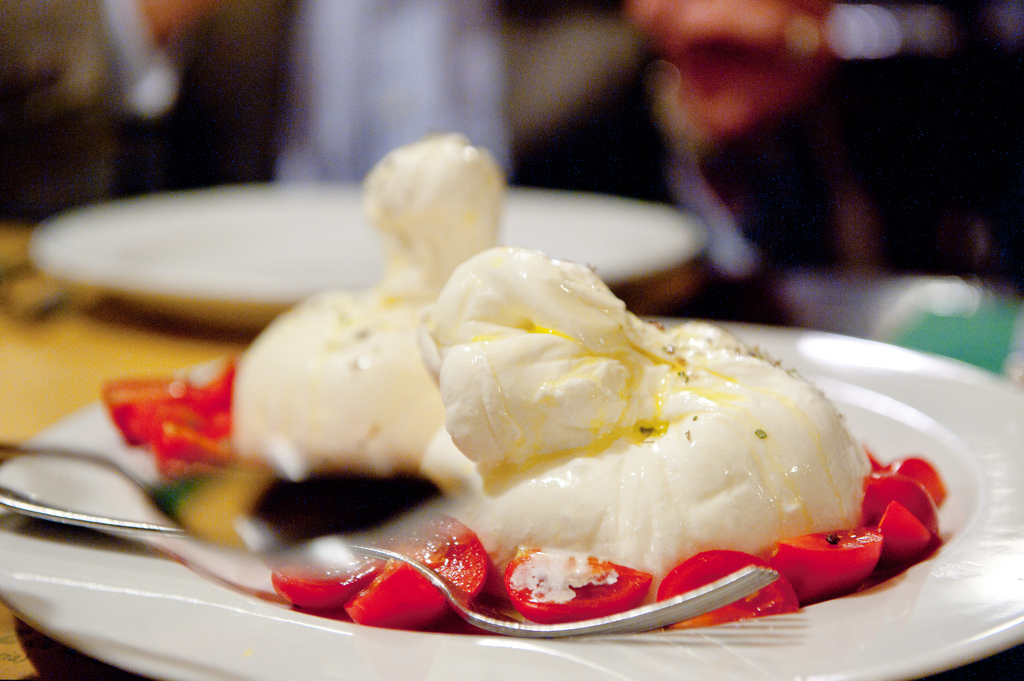 What is "burrata" all about ?

Burrata, ‘buttered’ in Italian, is a fresh artisanal cheese from Puglia, produced from Italian cow or buffalo milk, rennet and cream. At first glance, burrata resembles a ball of mozzarella. But upon further scrutiny, it is neither mozzarella nor buffalo mozzarella. Burrata is its own thing entirely. The outer shell is solid mozzarella while the inside contains both mozzarella and cream also called ritagli-thickened panna, giving it an unusual, soft texture. If you're a mozzarella lover, ricotta, or really anything that's straight-up creamy, this cheese is what you want.

The cheese has a rich, buttery flavor and retains its fresh milkiness. The flavour and different textures of the inside and outside make it go well with heirloom or camone tomatoes, prosciutto with olive oil and a pinch of fleur de sel.

Established as an artisanal cheese, burrata maintained its premium-product status even after it began to be made in a number of factories. Secrets Fine Food burrata is made by teh famous artisan cheese-maker Francesco d’Ambruoso in Bari. Francesco is so skilled and experimented in the “savoir-faire” of burrata that his cheese was elected product of the year 2011 by the Cheese of the Year contest.

How to serve burrata ?

Take it out of the fridge at least 30 minutes before serving, as it should be served at room temperature. When the burrata is sliced open, ritagli-thickened panna (cream) flows out…Add a pinch of fleur de sel with grilled spices, a drizzle of extra virgin olive oil and a few drops of balsamic vinegar.