Important :
Dear Friends and Foodies, if you need assistance or additional information to place your order online, you may contact us by whatsapp at 055 529 1465 for Abu Dhabi and 054 516 6886 for Dubai & other Emirates.
Close

Skip to Content
Compare Products
Call: 04 296 5249
Free delivery for order above AED 300
Next day delivery in Dubai and Abu Dhabi for orders placed before 8pm
Every Tuesday in other Emirates 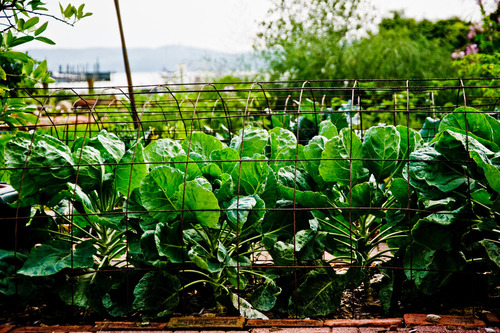 Some people may think that organic food is a new marketing trend. In fact, the organic farming movement arose in the 1940s in response to the industrialization of agriculture. Before, the development of the agricultural business and the developments of the pesticides and chemical fertilizers related to the productivity of this industry, all the food productions were organic. Although more and more conventional food producers may be tempted to promote their produce as organic, the organic industry remains a heavily regulated industry.

Currently, the European Union, the United States, Canada, Japan and many other countries require producers to obtain special certification in order to market their produce as organic. This certification based on government defined standards is regulated through an official labelling system, this system is fundamental as it certifies the authentic organic food versus the so-called ones, trying to abuse consumer confidence for mercantile reasons. The European label certifying organic food is easily recognizable thanks to an official logo representing a stylistic leaf made of 12 white stars on a green background.

Sustainability and health with organic foods

There is a public belief, promoted by the organic food industry, that organic food is safer for health, more nutritious, and tastier than conventional food. Up to now, there is still a lack of strong scientific evidence regarding the health and nutrition benefits. However, the argument of environmental sustainability may probably be the most evident argument to take into account. Indeed, it sounds logical that taking care of soil and/or cattle with natural input will be more beneficial than using chemical pesticides or artificial food supplements.